I’ve updated the gallery with high quality screencaptures of Ben in the first 2 episodes of Fargo season 4 that premiered on Sunday to mostly positive reviews. 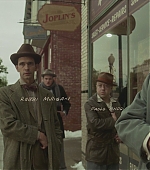 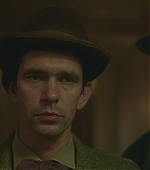 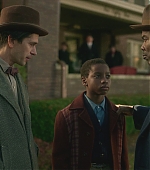 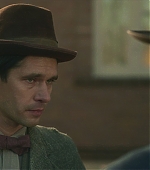 Season 4 of the FX drama — which was set to debut back in April, only to be delayed by the coronavirus pandemic — will now premiere on Sunday, Sept. 27 at 10/9c with back-to-back episodes. New installments will also be available via FX on Hulu the day after their cable premiere.

Fargo‘s latest chapter takes place in 1950 Kansas City, where two criminal syndicates fighting for a piece of the American dream have struck an uneasy peace and control an alternate economy of exploitation, graft and drugs. Chris Rock stars as Loy Cannon, the head of the African-American crime family, who trades his youngest son to his enemy, the head of the Italian mafia, in order to cement their truce. In return, Donatello (played by Italian actor Tommaso Ragno) surrenders his youngest son to Loy… but the tenuous truce is threatened when Donatello dies in the hospital after a routine surgery. [More at Source]

News: Ben Whishaw to Star in ‘This Is Going to Hurt’

Ben Whishaw has signed on for the lead role of the upcoming BBC Two-AMC co-production “This Is Going to Hurt,” based on the Adam Kay memoir of the same name. In addition, Lucy Forbes has signed on to the series as the lead director and producer.

Whishaw is set to play the fictional version of Kay, who is working his way through the ranks of hospital hierarchy – junior enough to suffer the crippling hours, but senior enough to face a constant barrage of terrifying responsibilities. The series sees him clinging to his personal life as he is increasingly overwhelmed by stresses at work: the 97-hour weeks, the life and death decisions, and all the while knowing the hospital parking meter is earning more than him.

Whishaw won a Golden Globe and an Emmy for his role in the series “A Very English Scandal,” in which he starred alongside Hugh Grant. He is also set to appear in the upcoming fourth season of “Fargo,” the premiere of which was delayed due to the COVID-19 pandemic. On the film side, he is known for lending his voice to the title character in the two “Paddington” films as well as his role as Q in the Daniel Craig James Bond films. [More at Source]