The BBC offers on thier main website an overview of the series and interview with the cast. Here’s Ben interview that you can read on the BBC website or fully below under the “Read More” Tag. 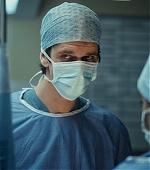 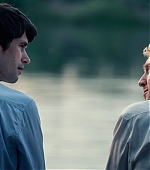 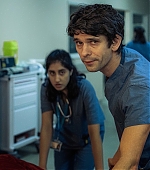 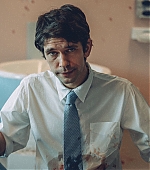 Tell us, in a nutshell, what This Is Going To Hurt is about.

It’s based on a book by Adam Kay comprised of his diaries that he kept during the years he was a doctor for the NHS. He’s adapted it into a seven-part series. It’s a kind of reflection on his experiences of his time on the wards back in 2006 when he was working for the NHS.

My character Adam Kay is a junior doctor when we meet him, trying to keep afloat in a system that is unrelenting. He’s someone who’s really trying to do good but also deal with his own flaws, foibles, shortcomings and failings, which is really interesting because I think when you go into a hospital or when you are dealing with a doctor, you think they are superhuman in some way, and I love that this character is all too human really.

Were you aware of the book before taking on the role?

I must be the only person in the country who hadn’t heard of it before I got sent it and before I met Adam, which is a bit embarrassing! But I certainly know it now.

The book has some very funny moments and also some very serious and sad moments. Can audiences expect the same from the show?

Yes. I think that with this show and with the book, the two go hand in hand. A lot of the humour that’s in the show is just drawn directly from real life stuff that happened to Adam. And to a degree, a lot of the jokes are Adam’s way of coping, I suppose, with the pressures of being a doctor.

How does the fictional Adam differ from the real Adam Kay?

Well, that’s a good question. I’m not really sure! I find the way he writes himself extremely interesting because it’s so naked, in a sense. He doesn’t really try to make himself look better than he is. In fact, he seems to go to pains to really show all his flaws and failings and so on.

What drives your character Adam, and why does he keep working for the NHS?

It’s a complicated question. I think partly he comes from a long line of doctors and I think it was what was expected of him as a young person. There’s so much that goes into training to become a doctor and it takes up so much of your life. So you get to a certain stage and you have done nothing else other than medicine, it’s the only thing you can do, it’s become your entire existence. I think there’s a really genuine wish to do something useful, to be of service to people. I think that is really a sincere part of his drive.

The sets have a very particular look that make it different from other hospital dramas. Could you tell us a bit about that?

Yeah, I just think they’ve done the most incredible job of making it feel like you’re in a real hospital. It’s so detailed. You almost feel like you can smell it. I don’t know about you, but whenever I go into a hospital, it makes me feel a certain strange array of sensations. Partly dread, I don’t know. And I get the same feeling when I walk on here. I don’t quite know how they’ve done it. It’s a sort of magic trick.

Can you tell us about working with directors Lucy and Tom and why they were right to tell this story?

I feel enormously grateful to Lucy and Tom, because they’ve managed to strike this incredible balance between the comic elements and the serious, sad and more painful elements of the story. It’s such a hard tightrope to tread and they’ve both managed to keep both things alive and both things feeling real. That was not apparent to me how that would work when I read the script. I didn’t know how we would do it.

Have you been given any basic medical training?

Yes, but really very basic. It’s been so interesting. We’ve learned how to do Caesareans. I had no idea that it was as basic a process as it is. You literally take a scalpel and slice through the flesh and then you literally put your hands in and pull the muscles apart and then you shove your fist in and grab the baby. Things like that are extraordinary. I have to thank the three medical advisors who’ve been on hand constantly – Nikki and Seb and Ruth – they’ve just been wonderful. They’ve been here every day to answer any questions that anyone has about any aspect of how anything here would work in reality. And that’s been amazing.

It’s like a hospital is this little system of rules and hierarchies and it’s quite mysterious; obviously if you go in as a patient you don’t have the time to understand what it is that’s going on, but there’s so much going on between the people that make the whole thing work that’s fascinating. Tiny details but that’s one of the things I’ve really loved.

Have you been squeamish at all with all the blood and gore?

I’ve been ok. Usually, I can detach because I know it’s not real – but having said that there was someone in A&E here, a supporting artist who was just being wheeled through the back of a shot but he had a broken leg, I suppose. And it was an incredible piece of prosthetics because you saw the bone jutting out of his shin and it really, really gave me a very visceral reaction.

In the book, there are some pretty crazy and unusual situations and stories that happen to Adam. Can audiences expect the same in the show?

Yeah, definitely. A lot of the diary entries that are in the book crop up in the show. Sometimes literally. We see that it’s something Adam is going through in his day to day work. Or they become sort of anecdotes that Adam tells in some situation or other. So yeah, lots of those are here. The greatest hits are all here, I think.

You mentioned the caesareans, but are there any other operations or procedures that stand out for you?

Some of the funniest ones have been when, in the gynaecology ward, having to remove various items from various orifices. They’ve been very funny and memorable. There was also a scene that I particularly love when a woman wants to eat her own placenta because she’s read that it’s a good thing for her and the baby, and, well, it gets messy.

What realities do you think the show portrays about what it’s like to work for the NHS?

Adam Kay is really interested in showing the toll it takes on people’s mental health, emotional life, and personal life when you’re a doctor. I had no idea, really, of the pressures that these people are under. So while it is hopefully very funny at times. It has a really serious agenda, politically and socially and everything else.

And what are the challenges that young doctors face when they attempt to have any sort of normal or healthy relationship?

A lot of it is to do with how you navigate having to essentially detach from your emotions, because as a medic obviously you can’t be profoundly emotionally affected by every situation you deal with. At the same time, you can’t be entirely devoid of feeling. So navigating this is profoundly difficult and there’s no, or very little or negligible, support in that way for doctors. It’s all those sorts of questions: how do you share what’s happened in your day with your partner? Is it right to load it on someone else? It’s so heavy, but what do you do with it? And how can you the barrier down? And what if once you let the barrier down, you can’t keep going… and all of those sorts of things.

Can you tell us about Adam and Harry’s relationship?

I hope that something we’ve managed to convey is that they do love each other. They’re good for each other. It seems to be working in some way between them. Certainly, Harry seems to lighten up Adam, soften him a little bit, but it’s hard and the job takes its toll on the relationship.

And what about Adam’s relationship with his parents? What’s that like?

In the show, I guess, he feels like he’s never good enough for his mother. Nothing he has ever done or will ever do will satisfy her, and will never get the response from her that he longs to get. I think it’s how a lot of people feel about their relationship with their parents. So, I think it’s a really amazingly drawn element in the script.

And what about Adam and Shruti’s relationship? Can you tell us about that?

That’s one of my favourite parts of the show. I think in some ways it’s the centre of the show. I guess Adam is Shruti’s boss, sort of. And he really lets her know that at times. It’s very tenderly drawn, though. As I say it’s really the heart of the show. It’s mainly wonderful to me because I absolutely adore the actress that plays Shruti. Her name is Ambika Mod and she’s amazing. I’m just blown away by her!

Can you tell us about the concept of ‘see one, do one, teach one’?

See one, do one, teach one is apparently a teaching method. Say you watch a procedure once, and then you have to do that procedure, and then you have to pass on that knowledge to someone else. And there’s hardly often very little more to it than that. Yeah, you’re literally thrown into the deep end. The challenge to people, not only in terms of their knowledge and skills and everything, but emotionally and in their nervous system, is how you cope with everything that’s coming at you, is just extraordinary.

For a number of reasons this show feels particularly timely and resonant – would you agree?

Yeah, I think it’s a time when we’ve all been more aware than normal, probably, of just how much we owe to the people who work for the NHS. The extraordinary work they do and what they sacrifice to do it. I think we’re all still reeling from the last couple of years. But certainly, I feel like in making the show, there’s a real sense of purpose amongst the cast and crew and everyone. This feels like something important to do in a sense.