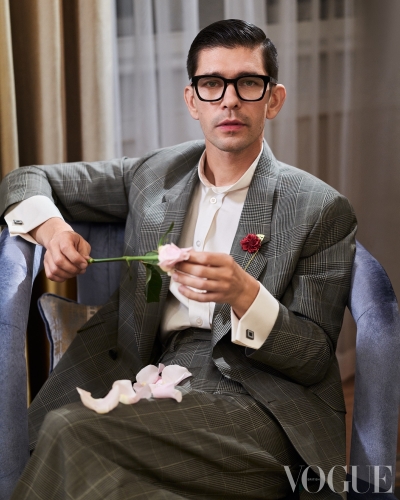 What do you love about acting?

Somehow forgetting yourself and being lost in imagination.

Have you stolen anything from set?

Three or four pairs of socks that belonged to the character Q. They were very nice socks.

What advice would you give your younger self?

I’d like him to give me some advice. I feel a bit lost now. I think I knew more when I was younger.

When was the moment that you realised you wanted to be an actor?

I always loved dressing up in other people’s clothes, anything that was lying around. And so, as soon as I realised that there was such a thing as actors, I wanted to be one. [Source] 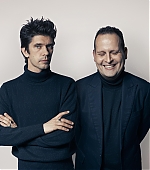 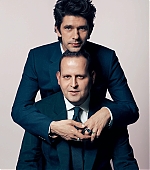 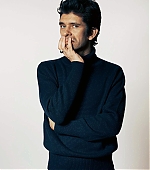 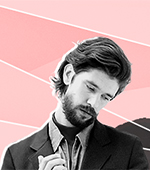 It’s a classic dinner party conversation. Who would play you in the TV show of your life? When news first broke that his diaries were going to be made into a series, Adam Kay told the press that he was hoping Judi Dench would play him. “I didn’t want to jinx it,” he tells me now. “So I was naming grandes dames of theatre.” But right from the start there was one actor at the top of his wish list. “Since moment one I knew it had to be Ben.” [Rest of the article is under a paywall] 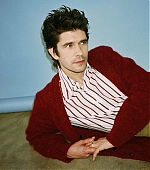 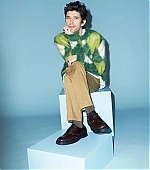 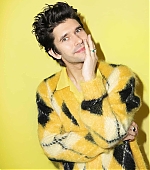 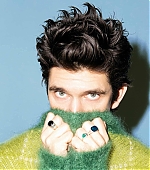 Ben Whishaw, quite apart from being one of the best British actors we have, is an expert dunker of his biscuits in tea. I’ve seen it: he’s a McVitie’s ninja, with a method all his own. We meet one afternoon in the offices of a London film company and I get the chance to observe his distinctive work first-hand, as digestive after digestive gets taken up by Whishaw, then dipped (sometimes double-handed) into a cuppa that he props on a table in front of him. Each biscuit gets submerged for so long, you suppose there’s no chance of it ever coming out whole. Each biscuit later re-emerges, sodden, milliseconds from ruin, still intact.

“I’m no good at interviews,” Whishaw, 41, apologises, right away.

He has played Hamlet, Sebastian Flyte, Ariel, Paddington, James Bond’s gadget man Q; all manner of bold fictional characters behind which to hide an innate, real-world shyness. In February, Whishaw will appear in the BBC’s adaptation of Adam Kay’s bestselling medical tell-all, This Is Going to Hurt – another cocksure character, another place to hide. “I find it hard meeting people for the first time,” Whishaw shrugs. “I find it anxiety inducing. I get a shaky, unsettled feeling in my belly. Just warning you now!”

And it’s true that the actor, with his wiry limbs crossed at sharp angles, the focus of his green eyes often darting away to the middle distance, comes across as socially nervous. Even so, he’s compelling company, and before the end of our conversation he’ll have spoken with careful thought and bracing honesty about sexuality; self-knowledge; LGBTQ+ casting in the film industry; his frustration with the Bond franchise, all sorts. Along the way I start to notice that, actually, there are telling parallels between the way Whishaw approaches a one-on-one interaction such as ours and his perilous technique for dunking biscuits. Whenever the conversation takes a turn, he’ll start out strong. Ideas. Confessions. Then he might lose faith and check himself (“God. I’m waffling … I have no idea what I’m saying, Tom”). Then, right when all looks lost, the biscuit doesn’t break apart, he regathers his efforts, he comes at some idea anew, and often winds up making a point that is richer and subtler than the one he started with. [More at Source]

I’ve updated the gallery with photos of Ben posting for 1884 Magazine Risqué issue! Make sure to buy yourself a copy then head to the gallery for the shoot. 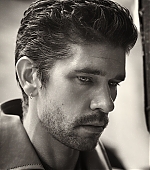 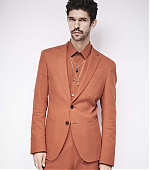 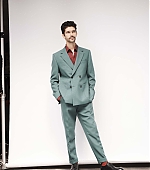 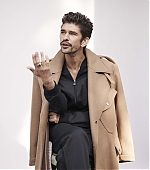